With the recent pandemic limiting leisure travel and working remotely now on the cards for more people than ever, city-dwelling Brits are looking to escape their urban environment with a second home in the countryside. In fact, Google searches for ‘second home’ in July 2020 reached an all-time high, a trend which has continued to remain higher than usual this year.

So, without further ado, here are the most popular rural locations for a second home… The data revealed that second homes in the South West are most popular, with Salcombe, Falmouth, St Ives, Brixham and Newquay all within the top six most searched. This is no surprise, as the South West has an enchanting coastline spanning over 700 miles – the longest of all the English regions. The region is home to tranquil rural scenery, with Areas of Outstanding Natural Beauty, historic houses, beach walks and a variety of food options to suit even the most sophisticated palates.

North Berwick and Ullapool are the most popular Scottish locations for a rural dwelling, ranking as 3rd and 15th most popular in the UK, whilst Tenby is the sole Welsh town in the top twenty most searched.

Whilst many of these towns thrive on a tourist economy, there are downsides to these increases in second home ownership – particularly for the locals. As these areas become more desirable for second home purchases, property prices rise and often locals are priced out of buying a permanent residence in their local area. Not only does this result in a property that is occupied often less than half the year, the towns become increasingly seasonal; overcrowded in the summer and holiday months, but quiet and lifeless during the off-season. 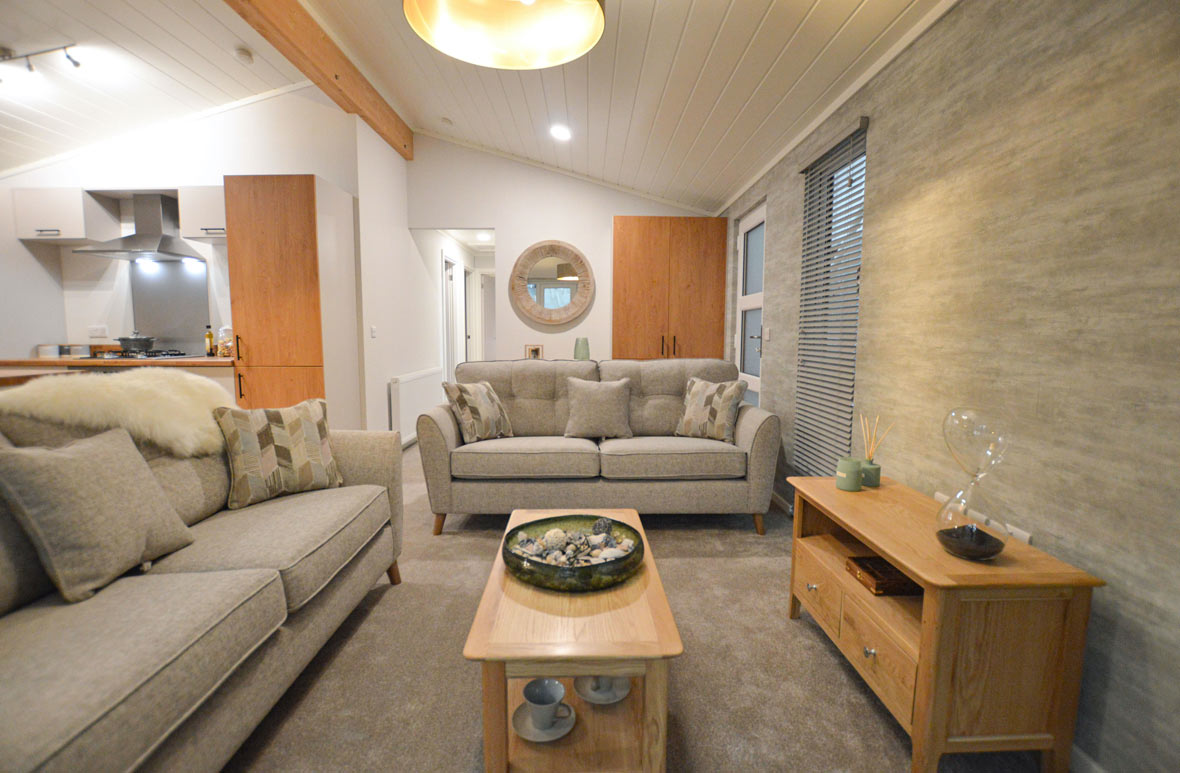 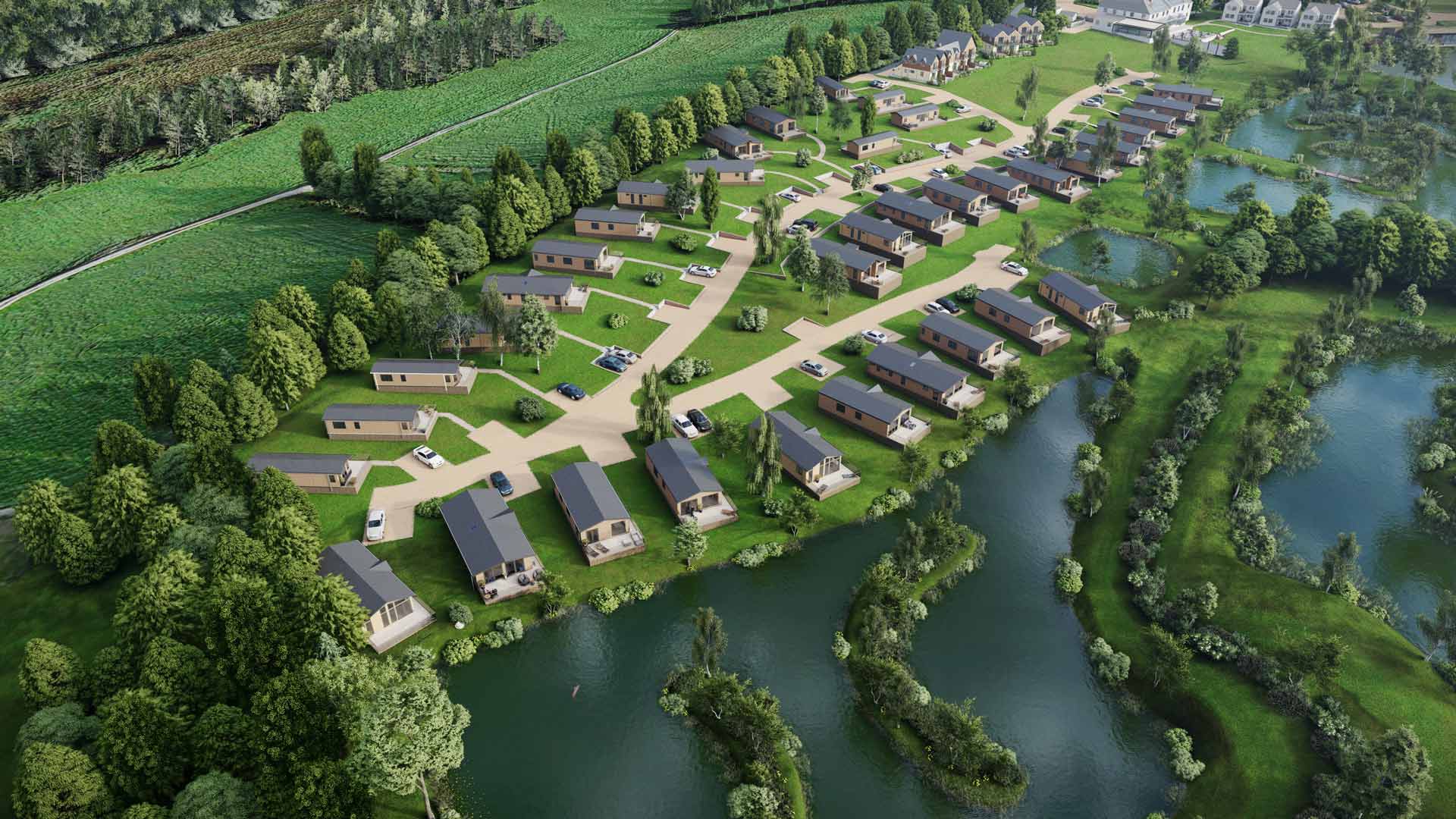 At Clawford Lakes we know just how good the countryside is for the heart and soul, so we’re keen to provide a way for people to enjoy the stunning rural areas the UK has to offer, without sacrificing the wellbeing and economies of local communities. Our lodges offer a sustainable solution, providing tranquil escapes at a fraction of the purchase price compared to waterfront properties in already saturated locations – all without pricing out the locals.

Our lodges are stamp-duty and council tax free. Managed by us year-round, our model affords buyers the opportunity to take home significant rental income when the property is not required by them. This helps to balance the seasonal effects second-home communities have on rural towns, as lodge owners, guests and tenants travel year-round to enjoy the local amenities. In addition, the need for daily management provides sustainable jobs for the local workforce, allowing those who live permanently in nearby towns the opportunity to work and live there all year long.

The most popular second-home town on our list is Salcombe. The coastal town is situated within South Devon’s Area of Outstanding Natural Beauty; famed for boat and ship building within the harbour and waterfront, which is sheltered by the natural landscape surrounding the town. Popular amongst avid sailors and yachters, the town also offers fishing and other water sports, so it’s no surprise that the town received just shy of 20,000 Google searches regarding second homes in the past year. Cornish town Falmouth ranks second on our list with 12,370 searches. Known adoringly as the spirit of the sea, the town relies heavily on its port to boost the local economy. Beautiful beaches including Gyllyngvase, Swanpool and Maenporth are located nearby, and the beautiful town backdrop has featured in several films and TV programmes. 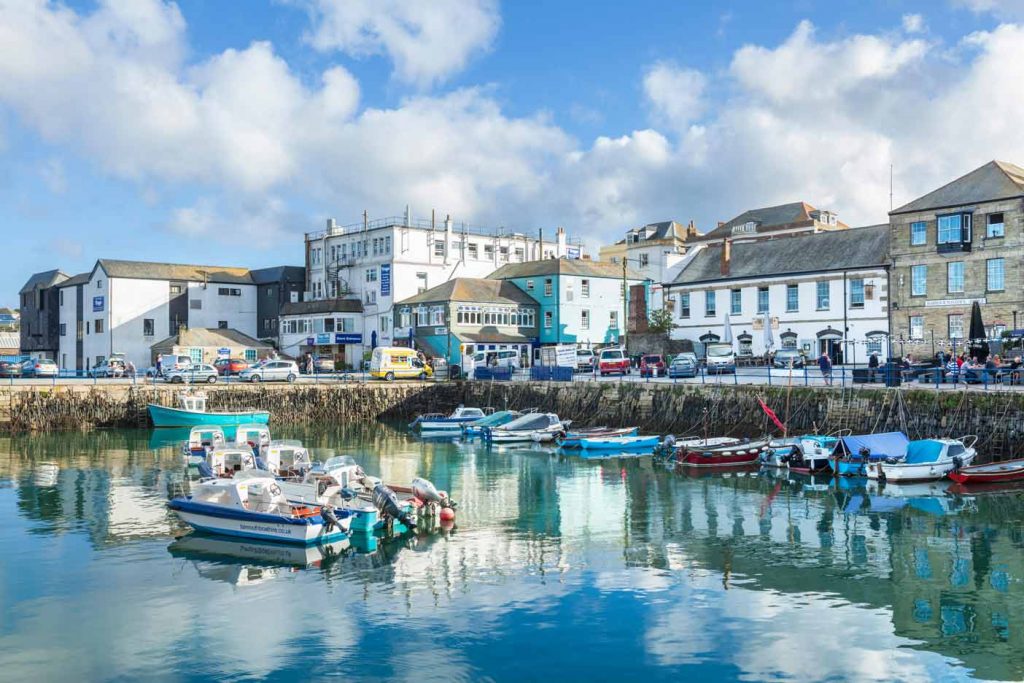 Famed for its two sandy bays, this gorgeous seaside town became a popular holiday destination in the nineteenth century. With boat trips, a seabird centre and North Berwick Law (a volcanic hill with stunning views of the town), it’s no wonder the coastal escape is the most searched Scottish town on our list. North Berwick has received over 12,000 searches for second homes since the first lockdown as British urbanites are drawn to the town’s charming architecture and moody landscapes. St Ives has long been a popular vacation destination, but the 11,500 searches for second homes indicate that the surfer town has more than just holiday appeal. Named the Best UK Seaside Town in the British Travel Awards 2010 & 2011, the town is loved by creatives and surfers alike. Home to the renowned Leach Pottery, which was founded by famous Potter and art teacher Bernard Leach, alongside the artists’ colony and the Tate St Ives, the coastal retreat attracts artists from all over the world. Another Cornish town to feature in the top 10, Newquay is brimming with laid-back charm and natural beauty. Historically, the town’s port was used for coal importation and mined-ore exportation, with the local economy also thriving on pilchard fishing and salting. Famed as the UK’s surf city, Newquay’s Fistral Beach became part of the professional surfing circuit in the 80s and 90s, and now hosts one of Europe’s biggest beach festivals. A second home near the surfing site is highly desirable, as 10,470 Google searches have been made for the town. This beautiful hilly harbour town has one of the busiest fishing ports in the country, but also offers a range of excellent eateries, cultural attractions and art haunts. 9,720 Google searches for a second property within the town prove this appeal. With various galleries, museums, and the artists’ corner on the Strand where you can see artists live at work, you’ll find creative sights in almost every corner of the coastal town. The Golden Hind replica of Sir Frances Drake’s flagship and festivals like the Brixham Pirate Festival give the town fun quirks for the entire family to enjoy. Bournemouth is the biggest town in Dorset, offering miles of golden sands, bustling nightlife and family-friendly activities. Landmark beach huts, Bournemouth Pier and the Russell-Cotes Art Gallery are amongst the features drawing 9,220 searches for a second home in the area. A combination of high street and boutique shops provide retail therapy, whilst award-winning gardens and a beautiful coastline allow locals to explore the great outdoors. 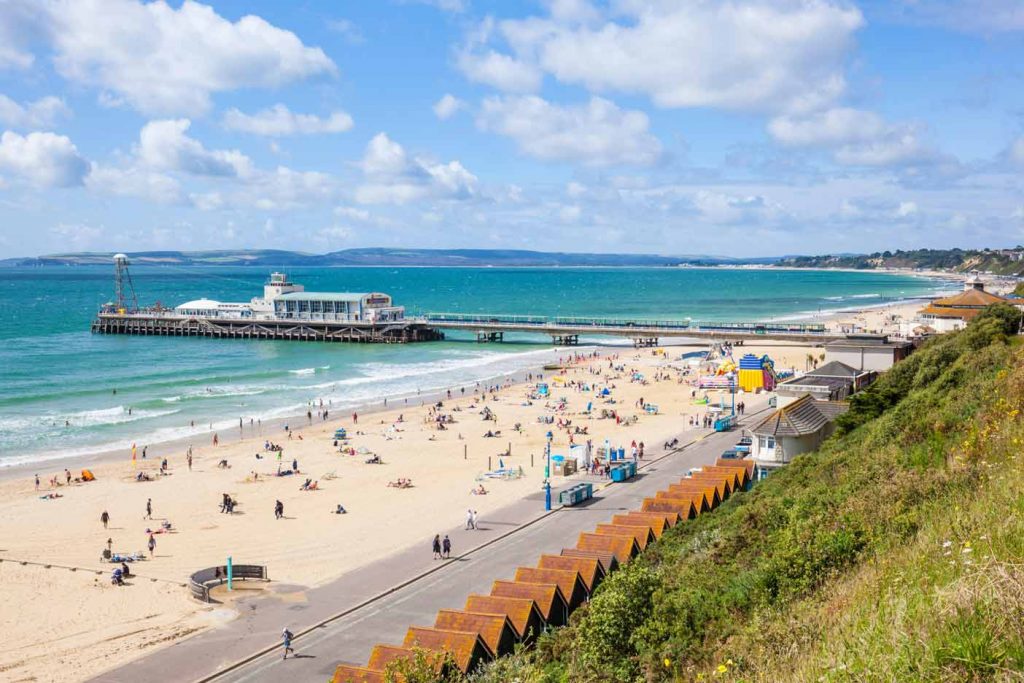 Fresh shellfish, pastel-painted boutique shops and a lively art scene all contribute to Whitstable’s second home appeal, with 8,800 people showing interest in a second residence in the Kent town. The pebble beach is sheltered and various pubs and seafood restaurants provide somewhere to eat after a dip in the fresh sea waters. History lovers can enjoy a tour of Whitstable Castle and those with an artistic streak can check out the Fishlab Gallery, previously a fishmonger. 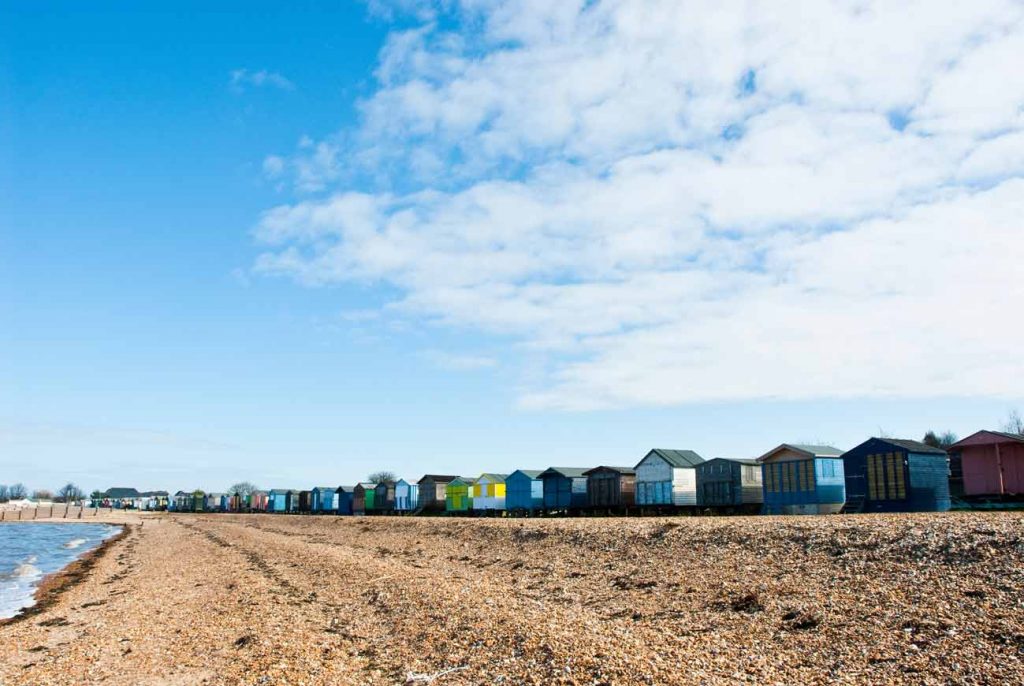 Further up North than most of the second home entries, Whitby is famed for the ruined Gothic Whitby Abbey which Bram Stoker’s “Dracula” was based on. The North Yorkshire town has maritime, mineral and tourist roots. 7,910 urbanites are interested in a second home here, perhaps to enjoy the Gothic culture, quirky shops, cobbled streets and towering cliffs. The seaside town is proudly referred to as a ‘jewel in the crown’ in the north Yorkshire Coast, with a natural harbour and the River Esk running into the North Sea. 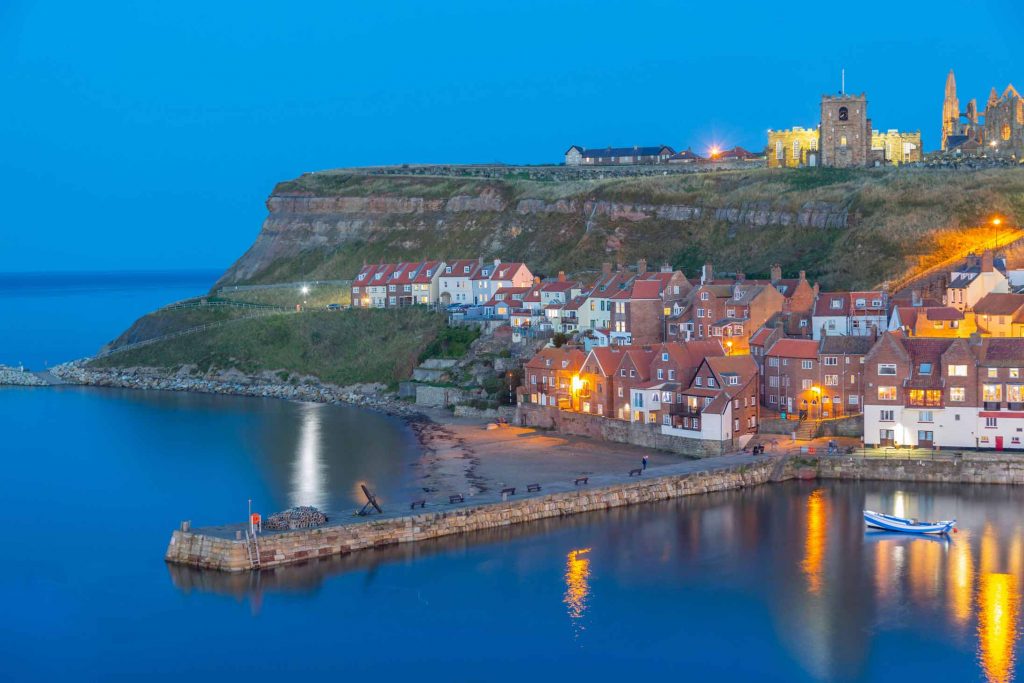 Weymouth beach is often named amongst the top ten beach locations in Europe, with golden sands stretching across Weymouth’s seafront and donkey rides, deck chairs and a traditional Punch and Judy show all on offer to keep the entire family entertained. The historic harbour city has seen 7,500 Google searches for second homes as city dwellers are drawn to enjoy events such as Beach Motocross and seafood festivals within Weymouth’s year-round events programme. Looking to locate your own rural escape?

Enquire with us today to find your dream lodge at Clawford Lakes so you can soak up all that Devon has to offer.

Enquire with us today